Pinta Photo opens its 2022 edition with a tribute to the outstanding photographer Sara Facio. After decades dedicated to the institutional strengthening of photography, Sara has become the most prominent figure in this medium in Argentina, with an extensive career both as a photographer and as a curator and editor. Along her 90th birthday celebration, Pinta Photo joins with an individual exhibition dedicated to her intimate life. Under the representation of the Rolf Art gallery and curated by Francisco Medail, the tribute exhibition proposes a shift in Sara's camera: to put aside her work as a portraitist and look at herself through a set of self-portraits and her daily life with María Elena Walsh, girlfriend and partner for more than thirty years.

Sara Facio (Buenos Aires, 1932) is a photographer, curator, journalist and editor, noted for her portraits of characters from Latin American culture and for her community work in promoting photography. She graduated from the National School of Fine Arts in 1953, in 1955 she received a scholarship from the Government of France and lived in Paris for a year, studying visual arts and later photography. Between 1960 and 1985 she was a partner of Alicia D'Amico and worked in advertising, graphic and written reports for most of the newspapers and magazines in Buenos Aires, Europe and the US. She created photography sections in the newspapers Clarín, La Nación, and in the most important specialized magazines. In 1973, together with Cristina Orive, she founded La Azotea Editorial Fotográfica, the only one in her time in Latin America, dedicated exclusively to the specialty. Between 1985 and 1998 she created and directed the Fotogalería del Teatro San Martín in Buenos Aires, where she presented 160 exhibitions of masters from around the world and beginners who are today references, with their corresponding catalogues. She culminated in the creation of the Photographic Collection of the Museo Nacional de Bellas Artes, Patrimonio Nacional, where she directed and curated exhibitions between 1995 and 2010. She exhibited individually in museums and galleries throughout the Americas, Europe, and Asia. Since 1968 she has published more than twenty personal books; texts and anthological publications in 2012 and 2016. She has received awards and distinctions as a photographer and as an editor in Argentina and abroad. Among others, the Fondo Nacional de las Artes, Premio Konex of Platino, from the Universidad Nacional de Lanús, Universidad Nacional de Rosario, and Revista Ñ; Awards for book publishing in Argentina, France, Austria and Mexico. In 2011 she was named Illustrious Citizen of Buenos Aires. In 2014 and 2015 she exhibited Sara Facio Donation at the National Museum of Fine Arts, 200 works by photographers from Latin America that she donated to that Argentine institution. Her photographs appear in the permanent collections, among others, of the National Museum of Fine Arts in Buenos Aires, the Museum of Modern Art in New York (MoMA), the Reina Sofía Museum in Madrid and in prestigious private collections. 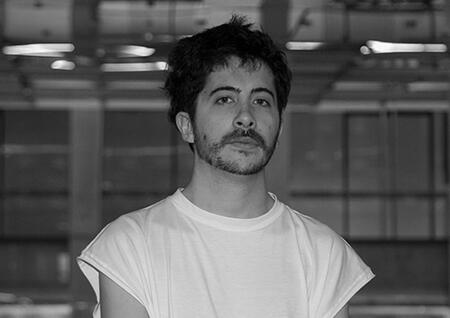 Francisco Medail (Entre Ríos, 1991) is an artist and curator specialized in photography. He has a degree in Cultural Management (UNDAV) and is a candidate for a magíster's degree in Argentine and Latin American Art History (UNSAM). Between 2015 and 2020 he was artistic director of BAphoto, an art fair dedicated to photography. He has made individual exhibitions in galleries and museums in Argentina and artistic residencies in Paris (Cité Internationale des Arts, 2018) and Sao Paulo (Fonte, 2018). His work is part of public and private collections, including the National Museum of Fine Arts, the Emilio Caraffa Provincial Museum and the Getty Research Institute. He currently directs Pretéritos Imperfectos, a collection of theoretical books on Argentine photography, and is curator of the Archives area of ​​the Kirchner Cultural Center. He is represented by the Rolf Art gallery.